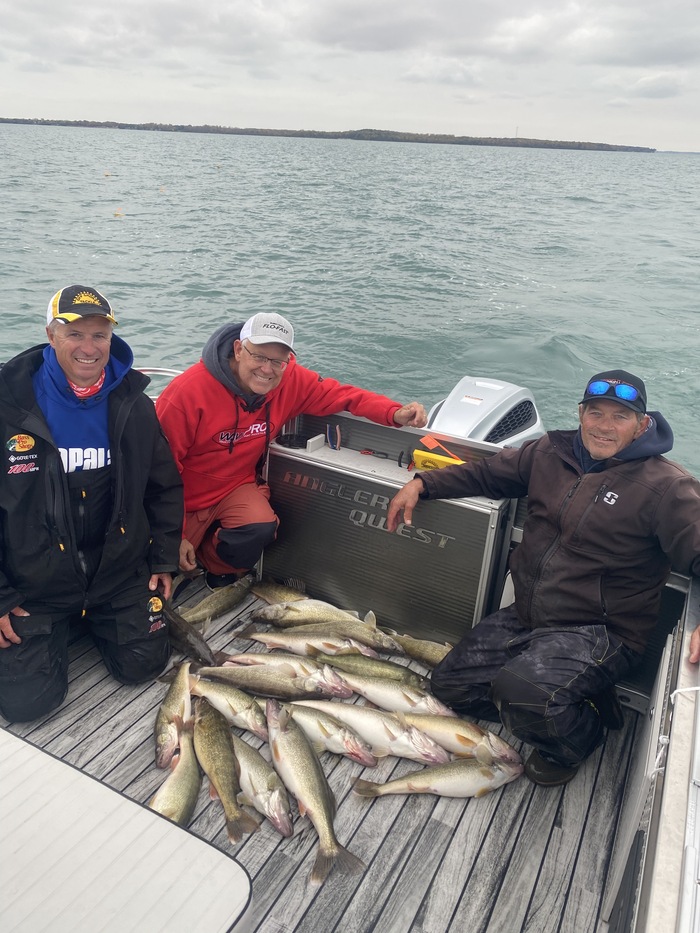 John Bergsma, of Grand Rapids, Michigan has been involved in the marine industry for 32 years. He’s fished as a pro on the In Fisherman and PWT walleye tournament series and has a television shows that airs regionally and nationally.

He’s ran a lot of boats over the years but has settled in on his Pro Troll DLX for a variety of reasons.  Again, keep in mind, he’s a serious tournament professional and could have ran any boat he wanted.

“Ultimately as we have families and or get older, versatility, comfort and ease of use

become the main factors in the boats we run,” Bergsma said. “As a fishing platform, NO OTHER boat can match the AQ line in the above three categories.”

The above features translate into boat sales and Bergsma said when he talks to anglers often times people make one common mistake.

“Some people wish they would have bought the next size up” he said. “Try to look ahead a few years and buy as much boat as you think that you COULD need, not what you need right now.”

Overall, it will save money in the long run, rather than having to upgrade in the future.

“One of the themes on this year’s show has been FAMILY FUN,” he said.  “That’s one of the best things about my AQ- it’s just the perfect boat for having fun with the family.”

Sure, plenty of room makes a trip better- ALWAYS, and having more people on board is more fun.  But what about fishability? Does trolling out of a pontoon boat really have benefits?

“Absolutely and not just trolling,” he said. “And after this seasons filming, they will see in the 2022 airings, me fishing in EVERY circumstance. Jigging, Casting, Trolling, Bottom Bouncing! Big water and small waters…slow and fast. You name it, we’ll show it in 2022! People will be able to see for themselves all the benefits.”

Bergsma is an extremely versatile angler but one of these favorite techniques addresses walleye.

“Spot lock vertical jigging,” he said.  “It works awesome on the AQ...I can hold in one spot and jig from anywhere.  Heck, I can hold on the spot and six people can be jigging all at once and all be on fish.”