Dale Russel Jr. started his love of fishing on four ponds that were on his Grandpa’s farm.  On occasion, when the pond bass didn’t scratch the itch, Grandpa would take him out for big catfish on Virginia’s, Dennis Lake.

Now 40, his fishing desire has boomed, with him having owned several fishing boats over the years until he finally settled in on an Angler Qwest 824 Catfish.

“I had owned boats from a variety of manufacturers and several of them were very nice boats,” Russel Jr. said.  “But none of them offered the space on my 824.  I love the fact that I can take out and entire family and friends if I want to.”

But just because the Angler Qwest can fit several people, it doesn’t mean that it’s cumbersome on the trailer or water.

“I fish a lot of shallow water for catfish and you’d be surprised how shallow I can get,” he said.  “And I don’t mind trailering it at all.  Some of my favorite catfish spots are almost a two-hour drive and it doesn’t’ bother me at all.”

Russel Jr. is obsessed with trying to catch the biggest catfish that are found in the system.

“Sometimes I’ll go out and just scout or maybe catch some bait for the next day,” he said.  “I’m glued to my locator side scanning on down imaging looking for structure, bait, and sometimes cats.  I get a spot all scouted out and then I go back the next night and hit it hard.”

He will sometimes soak his live or cutbait for hours before getting the bite he’s looking for but his patience had landed him catfish up to 69 pounds.

It took him having to own several boats before he finally settled in on his Angler Qwest- but it was worth the wait.

“I would tell people to be open minded when they are shopping for a new boat,” he said.  “If at all possible ride in the boat model you intend to purchase so you get a feel for it.  It’s the only way to truly know if the boat is right for you.” 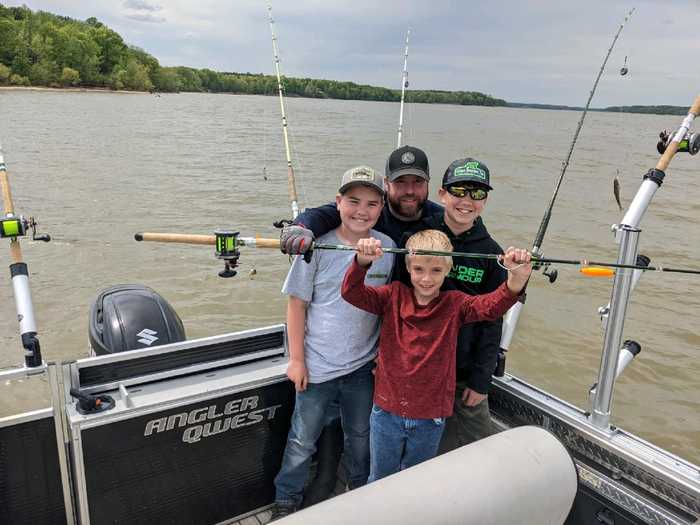 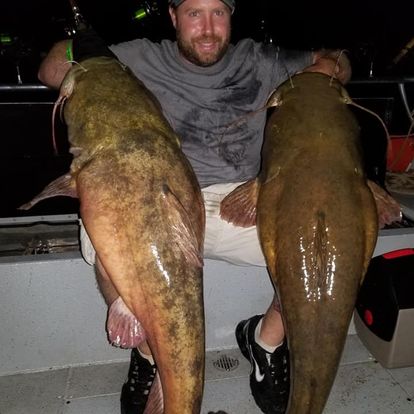 Saginaw Bay Walleye Michigan guide switches to Angler Qwest and doesn?t look back! How did Angler Qwest become the best fishing pontoon? The Lenz couple- were they pulled over because their Striper series was too cool?